Although the Étaples fleet now leaves from Boulogne-sur-Mer, Étaples-sur-Mer still lives to the rhythm of the tides, firmly anchored to its maritime traditions. The town, which is also known as the City of Fishermen, continues to maintain fishing-related activities on its quays against all odds.

This is the largest Commonwealth military cemetery in France! Nearly 11,500 graves of soldiers from the British Empire stretch out as far as the eye can see.
Canadians, Australians, New Zealanders, South Africans, men as well as women and even 468 German soldiers, all of whom died in the First World War.
A vast green and white expanse that exudes contemplation and serenity.

The port; the beating heart of Étaples-sur-Mer

Whether you arrive from inland or across the famous Pink Bridge, the first thing you see is the small harbour of Étaples-sur-Mer with about 250 pleasure boaters, a new harbour master’s office and a 2019 Blue Flag, obtained in the Harbour category, proudly hoisted!

A little further on are the companies and facilities for building, maintaining and repairing the boats. The Roulev crane with its big yellow arms will soon to be replaced by a new one. There’s also a dry dock area and a shipyard where wooden boats are once again being built the old fashioned way.

The freshest fish on
the Opal Coast

If you want to learn how to cook fish, head to Maréis, a discovery centre for sea fishing. The weekend begins with a culinary workshop under the guidance of a chef. Whether in a cassolette, millefeuille, mi-cuit or verrine, it’s always local fish products that you will learn to prepare!

Housed in a former fishing net factory, Maréis is above all an interactive journey to the heart of the Étaples fishing industry. Guided by former fishermen but using today’s technology, you can explore the depths, follow the journey taken by the fish and experience the hard work of the professionals of the sea. And you can even stroke rays and turbot in the touch pools!

Maritime history and traditions in Étaples-sur-Mer

This is another visit that should not be missed in Étaples-sur-Mer. The Musée de la Marine stands in the former fish market. Clothing, scale models of boats, traditional ships, reconstructed interiors, tools of the industry that are no longer in use; maritime history is recalled here in its entirety.

Firmly anchored to its past, Étaples-sur-Mer continues to keep these traditions alive throughout the year. In the shadow of the sailors’ shrine, each year in mid-August the town holds a benediction of the sea. On Saint-Michael’s Day, the famous “joute à canotes”, a regatta on the Canche, takes place. In mid-November, the Harreng Roi festival is celebrated, with tons of grilled, smoked or marinated herring being eaten.

The freshest fish only in Étaples-sur-Mer

Étaples-sur-Mer harbour is, above all, a kingdom of freshly caught fish! Each morning, after they return from Boulogne, trawlers sell part of their catch on the stalls in the port. The small fish market has about a dozen of them, where local women sell the freshly landed catch directly. Sole, sea bass, dogfish, herring, dab; everything depends on the season and the tides!

There are also two major fishmongers that delight gourmets, one of which, Les Pêcheurs d’Étaples, is crowned by an emblematic restaurant. At this restaurant you can taste seafood brought home by the artisans of the Coopérative Maritime Étaploise, all whilst admiring the harbour through the bay windows.

In and by the sea in Etaples

The Baie de Canche takes you out to sea

If all this gives you a yearning for the open sea, step aboard the Baie de Canche under the watchful eye of the seagulls! Whether enjoying an aperitif or not, you can experience a cruise as close to the water as possible, in order to better observe the birds and sometimes even the seals lying on the sandbanks. However, you may prefer to set out for twelve hours of sea fishing with the professionals.

In the mood for a nature walk? To the north of the “funnel-shaped” estuary, the Baie de Canche nature reserve is a vast green lung covering more than 500 hectares. Between the wide expanses of dunes and wooded areas lie a variety of paths that include the GR 120, known as the Coastal Path. As for the municipal forest of Étaples-sur-Mer, it offers four marked trails that have recently been renovated.

See, do, eat and more 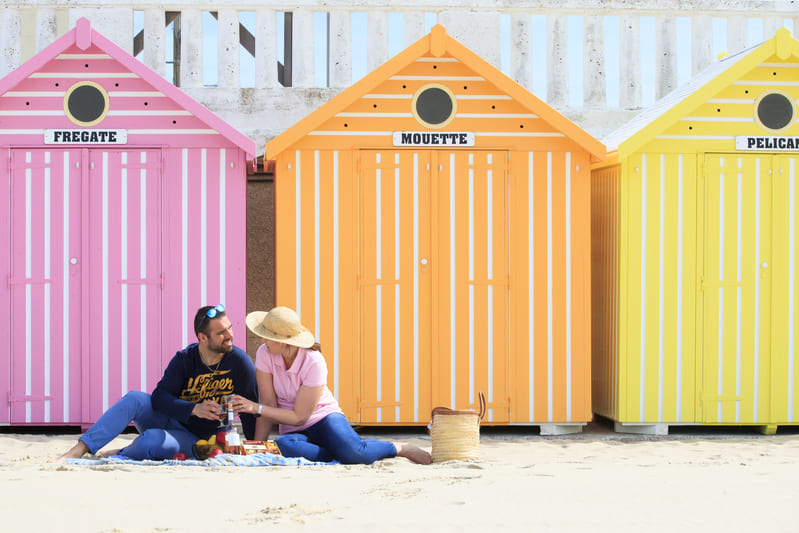